The Allure of Stone Town 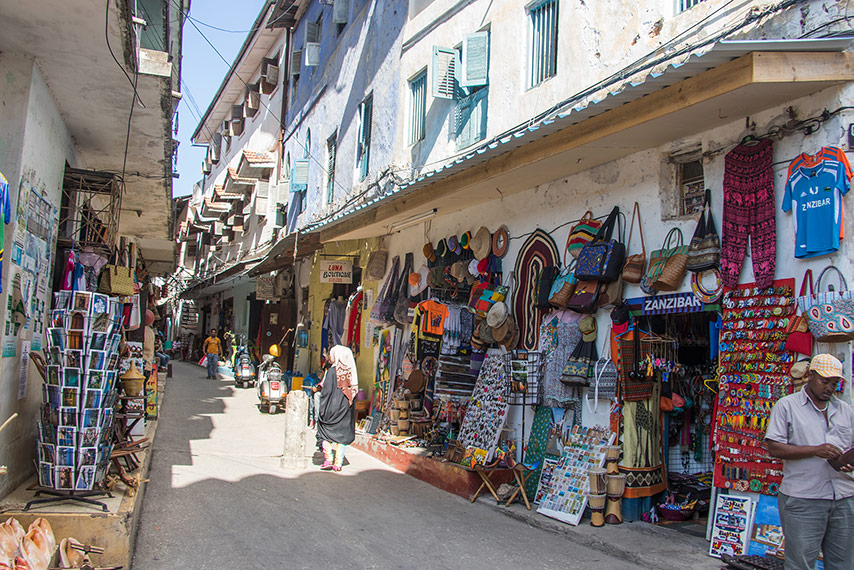 If you have ever dreamt of getting lost in exhilarating alleyways, with new sights, sounds and smells around every corner, Stone Town, the capital city of Zanzibar, is just the place to do it.

Stone Town, has for many years been high on my list of places I wanted to visit. I have what one may call an obsession with ornately carved wooden doors as well as having a bit of a thing for Persian inspired décor. The distinctive fusion of Arabic, Indian and African tradition, architecture and colour, as well as the fact that the old part of Zanzibar City is a UNESCO World Heritage Site, meant that without ever having placed a foot on one of the narrow alleyways, I was already smitten. So when the time finally came for me to explore The Spice Island, I was filled with trepidation. What if it did not live up to my expectations? It was something I had experienced before on my travels. A bit like going to see that movie that had rave reviews and which everyone recommended, but was such a complete let-down as a result of all the hype. I knew I would be heart-broken for a long time if the perception I had in my mind turned out to be merely that, a perception.

But as the plane touched down, and I stepped into the airport, the complete disorder that greeted me was a massive relief. I knew without a doubt that I would not be disappointed. The drive to the city, which is located roughly in the middle of the west coast of Unguja (Swahili name for Zanzibar), takes approximately 15 minutes. Once I got out of the vehicle my travelling companions literally had to put a leash on me, for fear of losing me on the walk to the restaurant where we were going to have lunch.

The expression is “a kid in a candy store”. Every one of my senses was awakened. I wanted to touch and feel everything. My eyes could barely register the treasure troves on every street corner. But stomachs were rumbling and our guide assured me I would have more time to explore after we had eaten. 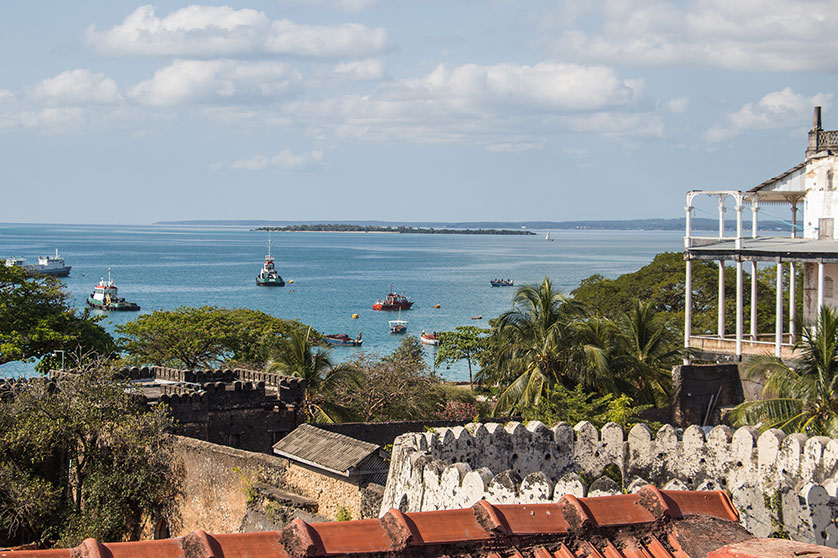 Jafferji House and Spa is a boutique hotel in the heart of Stone Town with a Terrace Rooftop Restaurant. The House itself is like a uniquely styled museum filled with exquisite artwork, richly decorated antiques and intricately woven carpets. A fine example of splendid sensory overload. The view of the ocean, where traditional dhows jostle for space between cargo ships and cruise liners is impressive. I was, however, more enamoured by the dilapidated buildings squeezed between monuments like the Old Fort. I loved that a mosque and church fitted into the same frame. I was almost grateful that the service was a tad slow. It gave me the opportunity to really soak in the atmosphere and appreciate where I was.  When it did arrive the food was delicious.

Back on the street, I got to pose outside the door of the house where Freddy Mercury was born, as hundreds of tourists before me have done. I spent some time absorbing the social dynamics of “Jaws Corner”.  A courtyard where the locals, predominantly men, meet throughout the day to drink strong Arabic coffee, converse and play games. The telephone taped high to the pole in the middle of the square, with a sign saying “MAKE FREE INTERNATIONAL CALLS PLEASE” really tickled me!

The history of the slave trade, complete with the “Memory for the Slaves” sculpture and the underground slave quarters is a much more sombre, albeit interesting and worthwhile experience.  An Anglican Cathedral now stands on the site of the former slave market and is also well worth a visit. David Livingstone’s legacy is remembered in the church’s crucifix which is carved from the tree marking the place where his heart was buried in Zambia. If you are lucky, the choir may be rehearsing when you stop by, adding an ethereal mood to the already serene ambience.

As the sun started to go down it was time to make our way up to our beach resort for the next couple of nights. If it wasn’t for the fact I was looking forward to some beach time, spa time and downtime, they would have had to drag me kicking and screaming to the vehicle. The short time I got to spend in Stone Town most certainly reaffirmed two things.  I am definitely going back and next time I am staying for longer.

A Word to the Wise…