The soul of safaris

The heady mix of bush and beach make Tanzania the quintessential East African destination.  Its where you can spend exhilarating days on safari tracking wildlife across grassy plains.  Immerse yourself in the age-old culture and tradition. Climb mountains, or simply relax on endless white beaches. 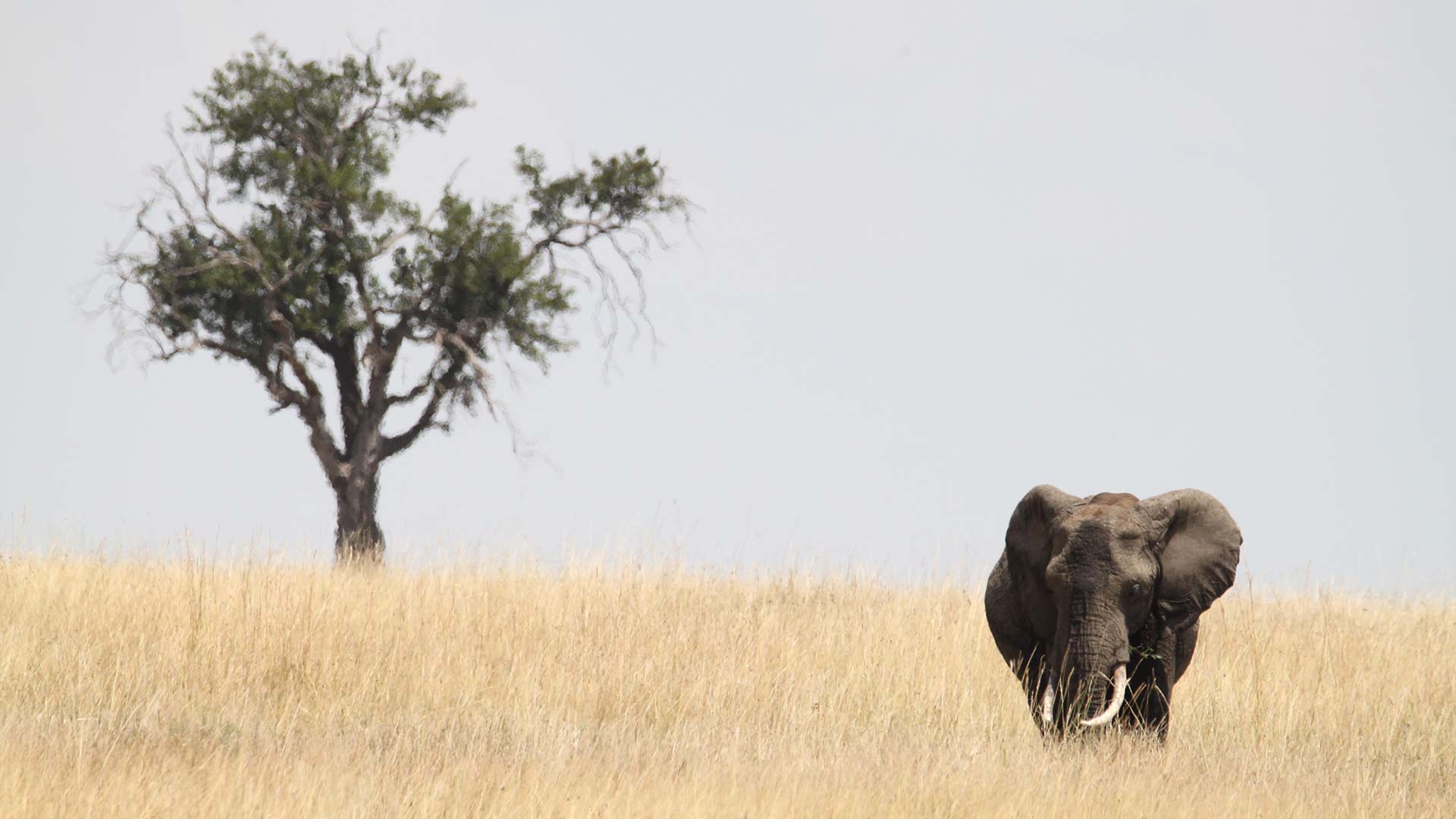 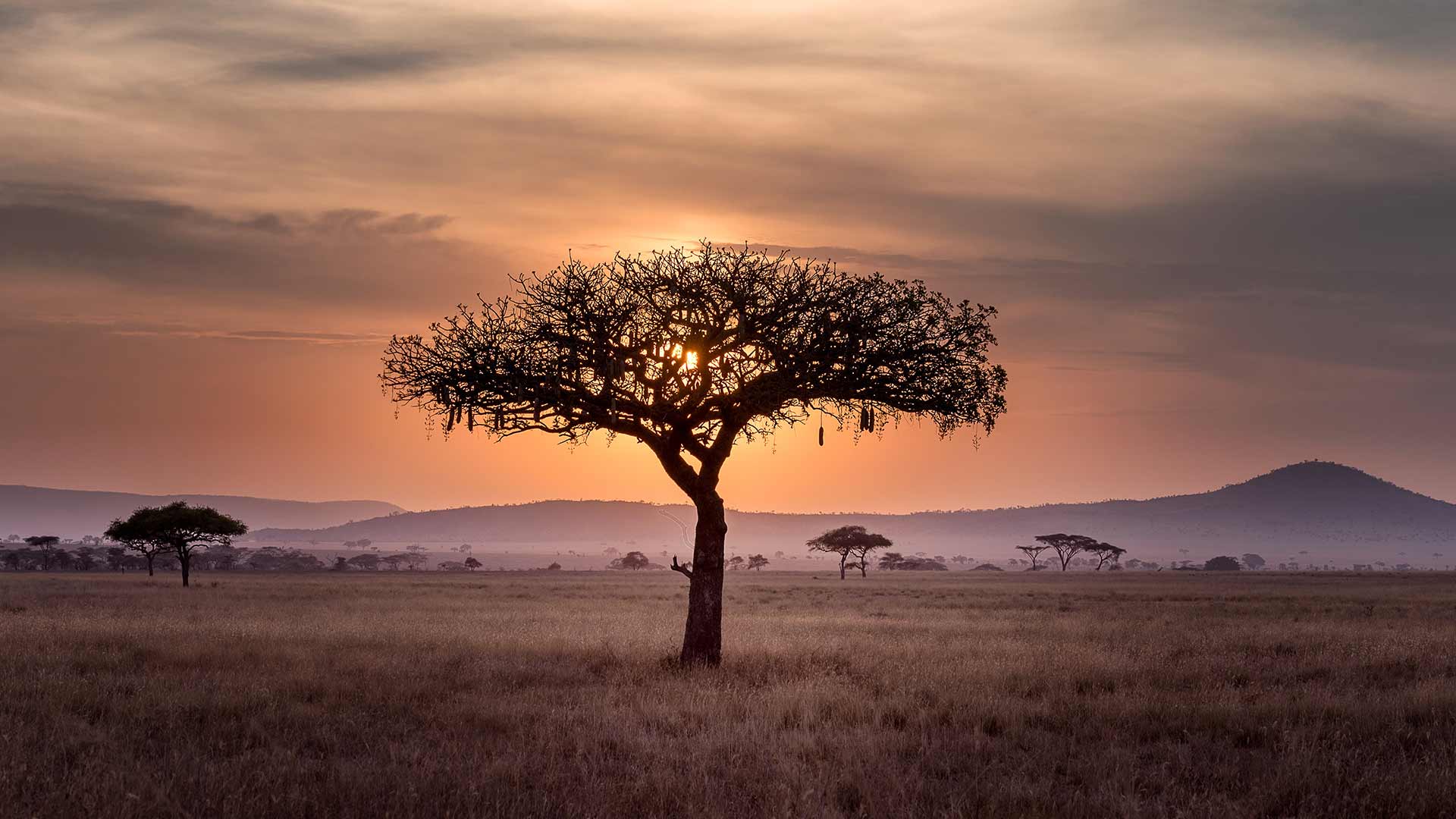 Why we love Tanzania

Most know Kilimanjaro to be Africa’s highest peak. But did you know it is also the worlds highest free-standing volcano?  The thrill of reaching the summit and looking down over the icefields and rocky terrain below with utter pride is the reward to many who adventure up her slopes.

There is remote and then there is so far off the beaten path you would be excused for wondering if it’s even on a map!  Tanzania has those kinds of places. We are keeping these secret spots under wraps unless you ask us. But worth noting, this kind of exclusivity is not just for the intrepid travellers.

Zanzibar, or Unguja as it is properly named, generally steals the limelight when it comes to island stays. But for a taste of barefoot luxury Pemba, Mafia, Mnemba and Fanjove Islands are where you want to put your toes in the sand. Stay in an underwater hotel or have an entire island to yourself! Robinson Crusoe eat your heart out.

The cuisine of coastal East Africa is boldly flavoured with a bright palette of spices.  Coriander, tamarind, cumin and turmeric enhance many exotic dishes.  Extra hot levels of spice are often tempered by adding coconut if your taste buds can’t handle the heat. But we say, eat like a local, you won’t regret it!

Arguably the greatest safari area in Africa, the Serengeti is Tanzania’s oldest park and a UNESCO World Heritage Site.  The spectacular migration with over 2 million grazers occurs in this varied eco-system. High concentrations of predators also prowl the vast plains.

The Ngorongoro Crater has been christened Africa’s “Garden of Eden.”  This extinct volcano is the largest unbroken and unflooded caldera in the world. Geological wonder aside it is also one of the most dazzling wildlife havens.  Within the Ngorongoro Conservation Area, lies the Olduvai Gorge. The discovery of fossils of early man makes it one of the most important paleoanthropological sites on earth.

Although one of the smaller parks, the reasons to visit Lake Manyara are many.  The scenic park is dominated by the alkaline lake whose shores are wadded with pink flamingo and attract over 400 species of birds.  If you are lucky to spot them the black-maned tree-climbing lions are another drawcard, along with great elephant herds and massive troops of baboons. 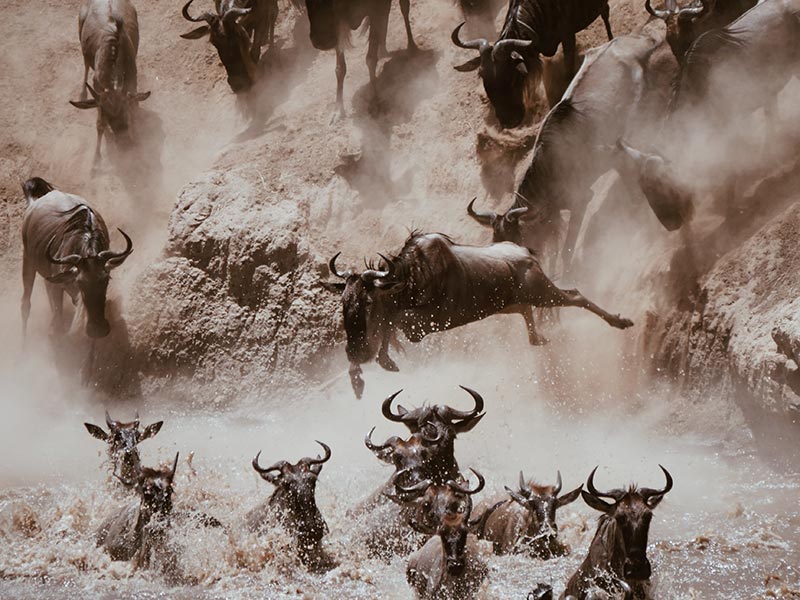 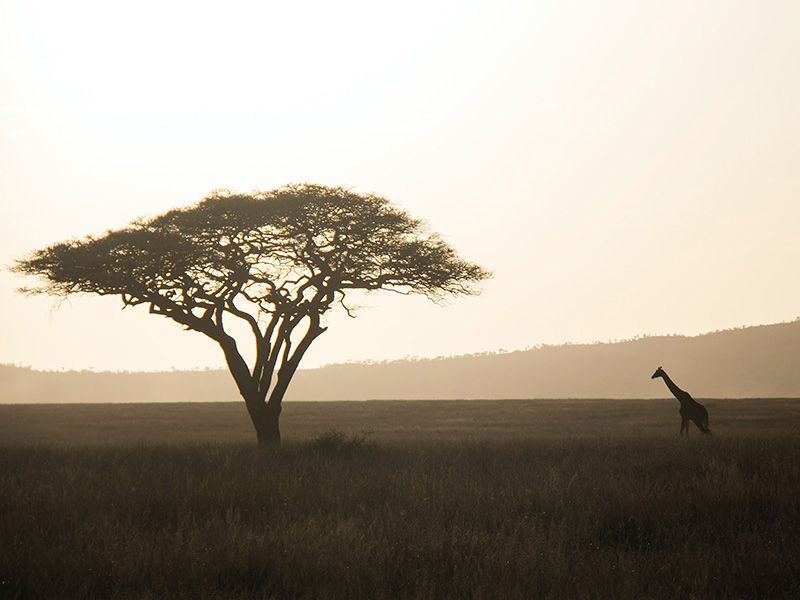 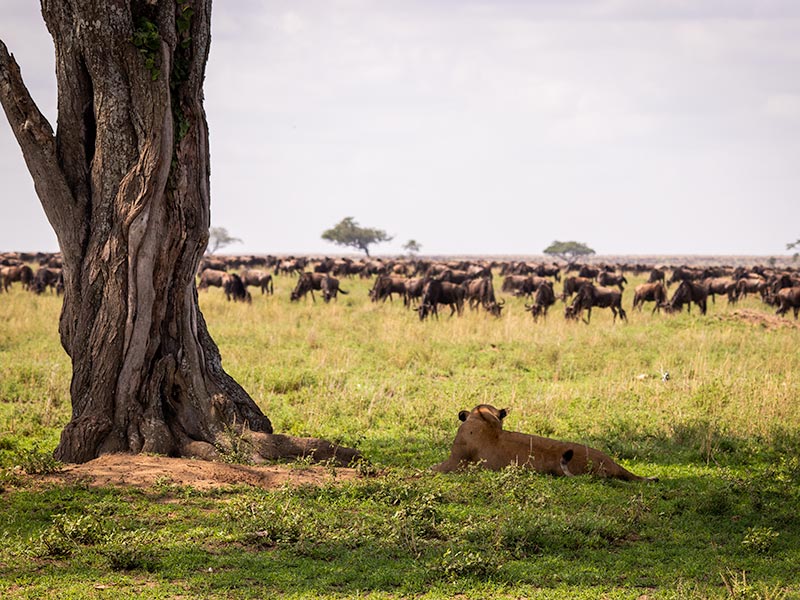 Slightly off the typical safari route, the lesser-known park of Tarangire can be found. The vast assembly of wildlife and fewer visitors make Tarangire a good choice for elephant and bird lovers seeking a respite from the crowds.

Dar Es Salaam, the largest city and former capital is a bustling port.  This colourful metropolis on the Indian Ocean heaves with energy and showcases the Swahili, Arabic and colonial influences of the country.  It’s a great jumping-off point to explore the southern circuit or the islands.

Selous is a vast but secluded wilderness area in southern Tanzania.  As one of the few to allow walking safaris, it is the perfect park for wildlife enthusiasts who wish to traverse this undisturbed landscape on foot.  Boating safaris on the Rufiji River also set this park apart from the rest.

The second largest national park in Tanzania, Ruaha, is also one of most untouched due to its remoteness.  The striking topography and rich wildlife make the effort of getting there well worth it. 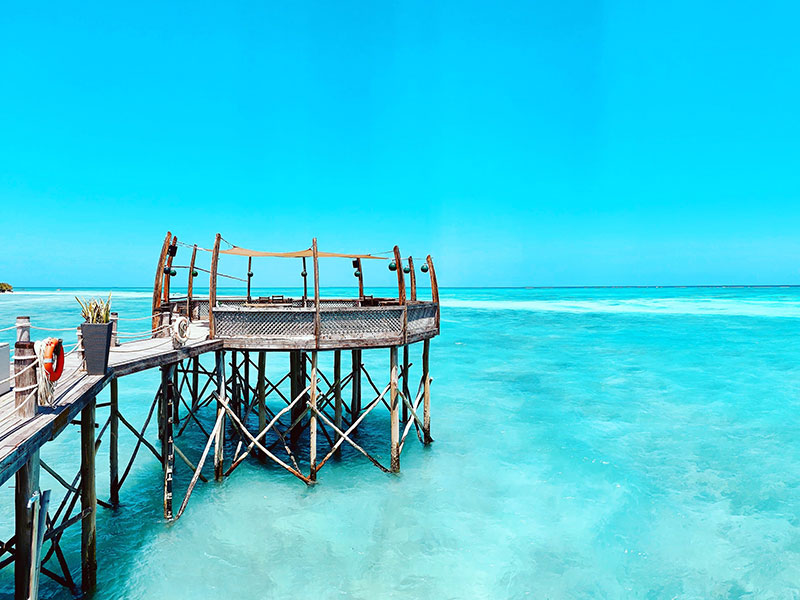 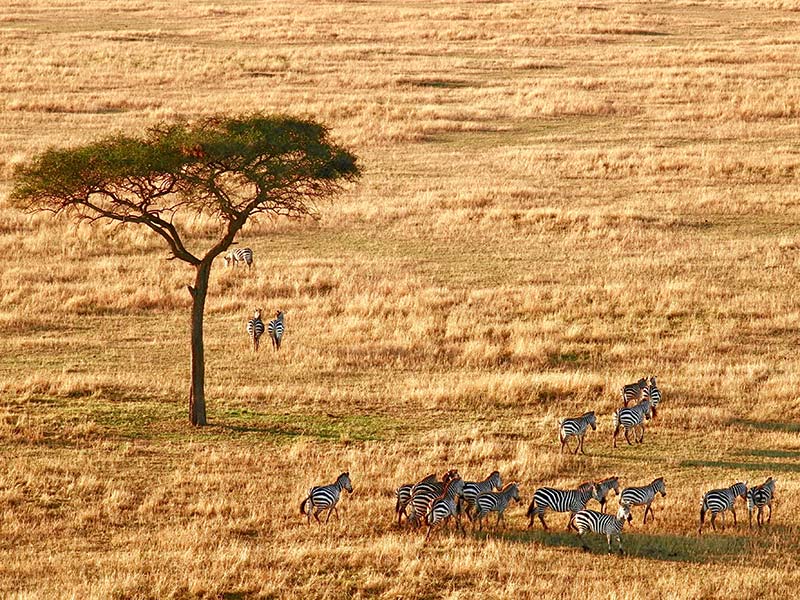 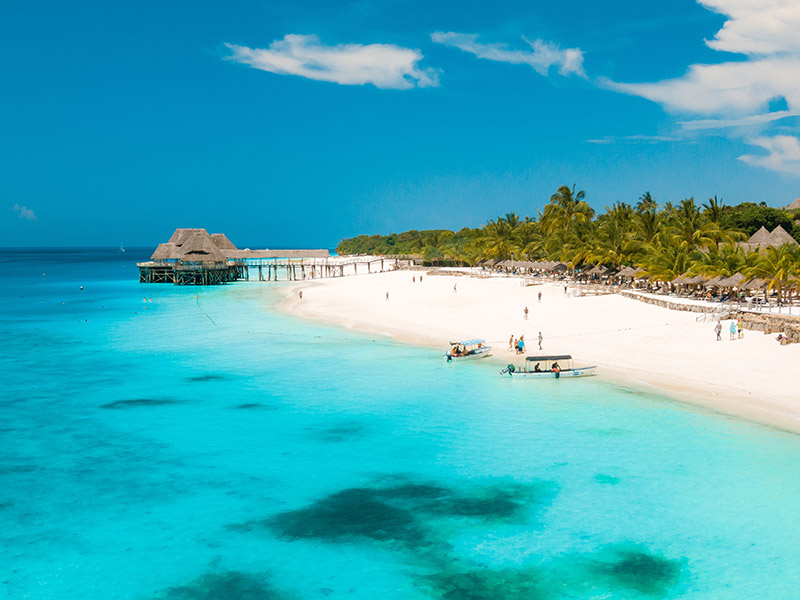 Mahale Mountains National Park is where wild chimpanzees can be observed in their natural nirvana.  Spectacular sunsets over Lake Tanganyika create the perfect ending to the day in this breathtaking wilderness.

Azure waters ring the spice island of Zanzibar where a safari of a different kind awaits beneath the waves. Glorious beaches skirted by swaying palms tumble down to the shores where traditional Arabic dhows sail into the sunset.  Stonetown is bathed in history.  Its intrinsic allure emanates through the haphazard alleyways and exquisite wooden doors.  It’s a fine place to lose oneself in the rhythm of the island.

Let's plan your trip to Tanzania!