Mauritius – My Island of Love 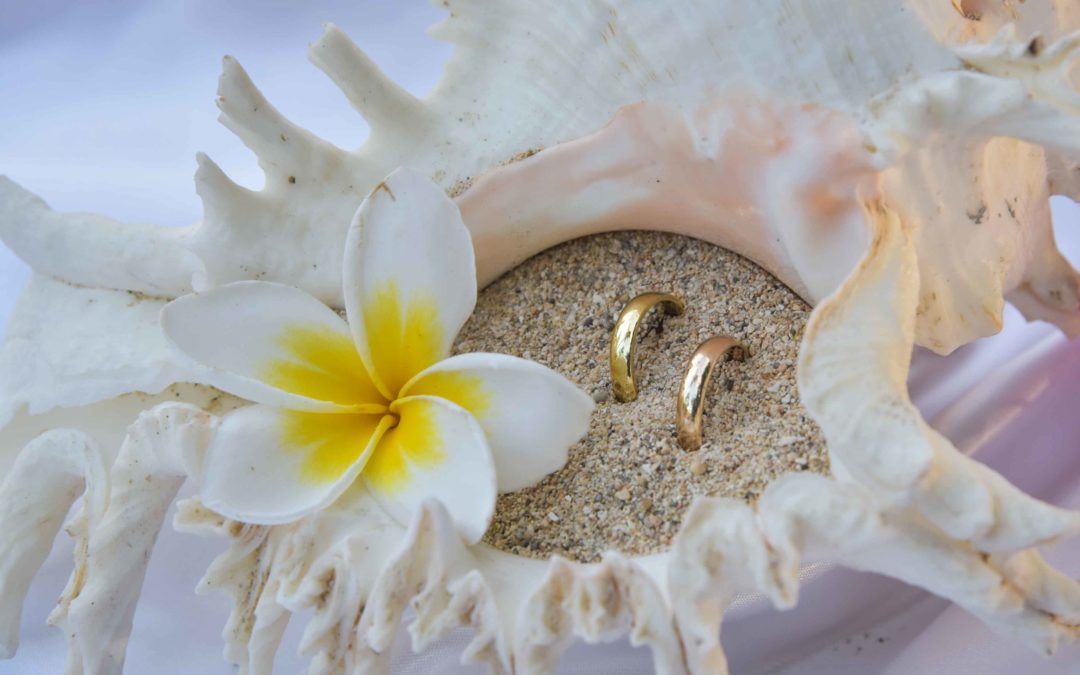 I am a complete sucker for sand, sea, sun and swaying palm trees.  This also makes me a true advocate of island destination weddings.  So much so that I did it twice…on the same island!

I like to think I got married on a beach on a tropical island way before it became commonplace for lack of a better word. It was after all in 1997 and I was definitely the only person I knew who had eloped. Okay it wasn’t actually eloping by definition. We had our family’s blessing and everything was pre-arranged. But it was very avant-garde for two 22-year-olds from Cape Town, one of whom had never even left his country of birth! 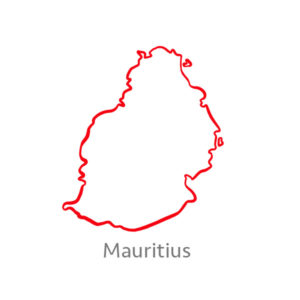 Right there and then, upon tying the proverbial knot, my love affair with the Indian Ocean Island of Mauritius, located at 20.3484 S and 57.552 E began.  Even though it actually rained on our wedding day.  If you look at a map it even looks like a heart (a real one I mean).

Mauritius is to Southern Africans what many of the Caribbean Islands are to North Americans. Easily accessible yet exotic. Offering affordability but at the same time exclusivity to those who desire it.  A developing country, yet one where English is widely spoken and first world conveniences are readily available. It is a quintessential haven of romance for couples and honeymooners. As well as a prime destination for families with children of all ages.

Commercialised and touristy the critics say. This may be true, but show me a country that is not commercialised and touristy. In fact rather don’t, I prefer to form my own opinions when I travel! Unless you are Bear Grylls, taking a trip to a desert island with no running water or sanitation, is, generally not something one would pay for. Travel snobs can stop reading now. 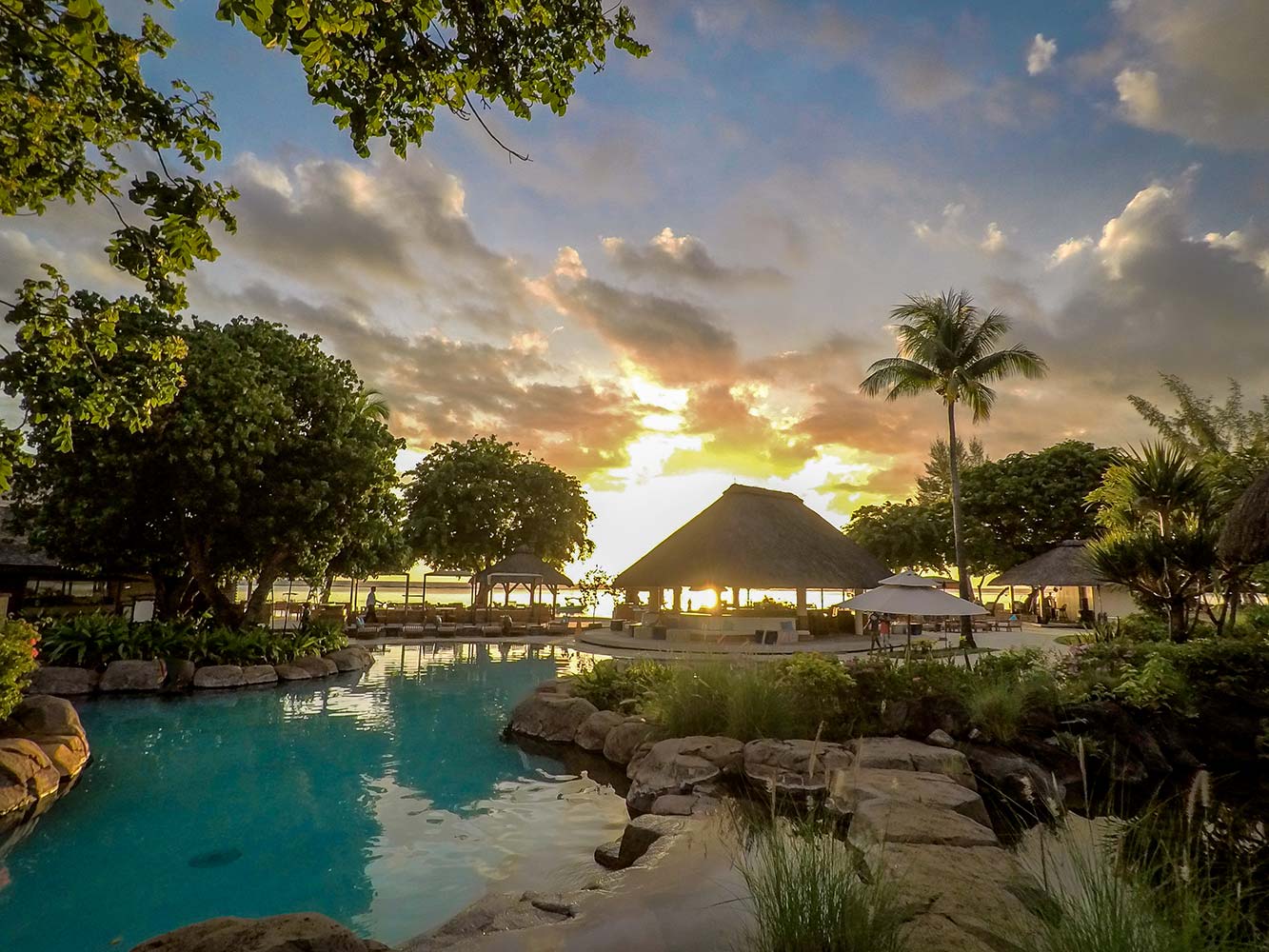 Mauritius is energetic and lively yet calm and peaceful. The entire island is a cultural melting pot.   Before its Independence, it was ruled by the Arabs, Dutch, French and British and became home to many migrants from India, China and Africa. The cuisine is a combination of these influences. This had resulted in everything from mouth-watering Creole dishes. To nouveau French fine dining. To the best street food ever to pass your lips, including the most popular on the go snack – dhal puri.

The locals are the friendliest of friendly. The service, whenever I have been and wherever I have stayed is impeccable and unashamedly delivered with a massive smile. Mind you I would also be grinning from ear to ear if I lived on such an exquisite isle. Her physical attributes, from the white sandy beaches, to the tempting turquoise waters. From the magnificent sunsets to the swaying palm trees, are without a doubt the epitome of cliché. Yet they are all so very genuine and pleasurable. 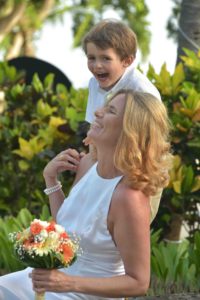 It was a no-brainer when our 20 year wedding anniversary came around, and we decided to have a vow renewal ceremony, where we wanted to celebrate. I love to visit new places and I’m somewhat of a list “ticker-offer”. ( Okay I admit it I own one of those maps you scratch off all the countries you have been to.) But despite the fact I had already been back to Mauritius twice, there was no doubt in my mind that I wanted to go again. This time it was different. We were no longer inexperienced twenty-somethings without a care in the world and the envy of our friends. This time we were responsible adults, taking with us extra baggage in the form of 2 mothers and a son. This time we were accountable for the enjoyment of others in regards our destination of choice. We did not disappoint. Mauritius, oh she did not disappoint our travelling companions from age 5 to 73 years.

And yet, despite staying at a different resort, on a different side of the island, it didn’t feel very different. The airport had been upgraded. There were a couple more international fast food chains dotted around. And the roads had improved vastly. But all in all the happiness we felt, the fun we had and the beauty we saw remained the same.  Only this time we got to share it with our loved ones.